Right before the game between FC Barcelona Lassa and Maccabi FOX Tel Aviv of Round 5 of the regular season, Euroleague Basketball CEO and President Jordi Bertomeu, awarded EuroLeague Legend Juan Carlos Navarro with a trophy that read “2000-2018 MVP” to honor a once-in-a-lifetime career with Barcelona. Navarro, who retired last summer after 21 seasons as a player – 20 of them with Barcelona – is the current EuroLeague scoring king and won two EuroLeagues with Barcelona, in 2003 and 2010. Bertomeu also presented Navarro with the official scoresheet from his first game in the competition, a road win for Barcelona over Buducnost Podgorica on October 18, 2000. 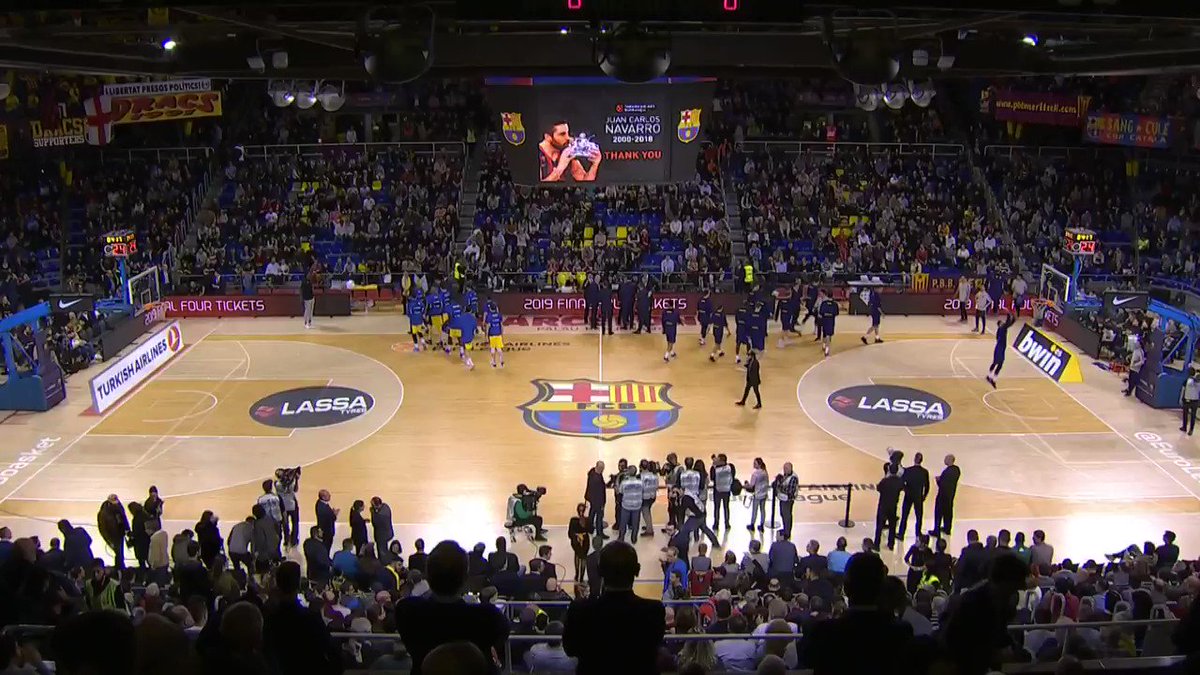